Ian Macleod is the son of John Macleod, 3 times World Champion and founder of the Macski Brand in 1979. Ian started waveski surfing at the young age of 12 years old and has had the privilege of being mentored by his father both in competing and in the design of waveskis. Ian started designing and shaping waveskis in 1991 at the age of 19. There is no substitute for experience.

Currently, at the age of 47, Ian is ranked #4 in the official world rankings. The Macleod family is the only family in the world to have 3 World Waveski Champions, John (father) 1984, 1986 and 1996, Alistair (brother) 1989 and Ian in 2014. After his military service in the South African Navy (Marines), Ian joined his father in 1991 and fast became the leader in the design and innovation of waveskis in the world. As a world class waveskier, Ian tests every waveski design before the model hits the market. He also has the ability to make the necessary changes to designs to suite individual needs and requests.

Ian currently resides in the Flagler Beach, FL area where he is helping to bring the sport of Waveski Surfing to a world standard. 7 of the 8-man US team at the 2018 World Titles were ridding Macski waveski’s designed by Ian with Stuart Diesel-Reynolds, the first ever American to win a World Waveski Title (World Veteran Title). Ian was proud to be a part of this history being Stuart’s coach, waveski designer and shaper. 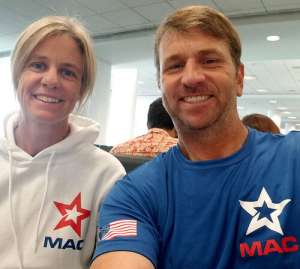 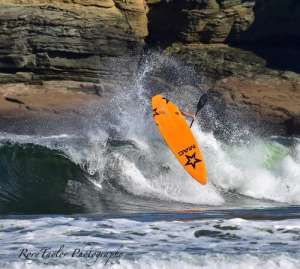